Where are Birmingham's Best Parks? (Part 1)

by David Vincent (subscribe)
Occasional blogger and sometimes freelance writer, hammering away in the West Midlands.
Published August 13th 2020
Great spaces for all to enjoy
Birmingham and the surrounding areas have loads of spectacular and enticing parks and green spaces.

As lockdown restrictions hit, many of those parks became more important than ever, offering people a chance to enjoy nature, socialise, exercise, and clear their heads.

Can you hear the grass grow? Pic by DF

Here's just a small selection of some of our favourite outdoor spaces - lookout for more suggestions in Part 2, soon.

Warley Woods
Tucked away behind the Hagley Road close to Bearwood, Warley Woods was formerly the home to the grand Warley Abbey manor house.

Technically in Sandwell, today, the building and ornate gardens have long gone, and the 100-acre space is owned by an active and popular trust, whose patron is none other than actress Dame Julie Walters (who grew up in the neighbourhood).

With a nice wooded area (complete with woodpeckers), sweeping dip (which makes it a hugely popular attraction for sledging when it snows), Warely Woods is also home to a nine hole golf course and good cafe, in The Pavilion, with indoor and outdoor seating - perfect for snacks and a traditional 'full English.'

Regular events include the Summer Picnic In The Park, complete with stalls and music, and their festive Santa weekend, in which Father Christmas rides through the park at dusk. 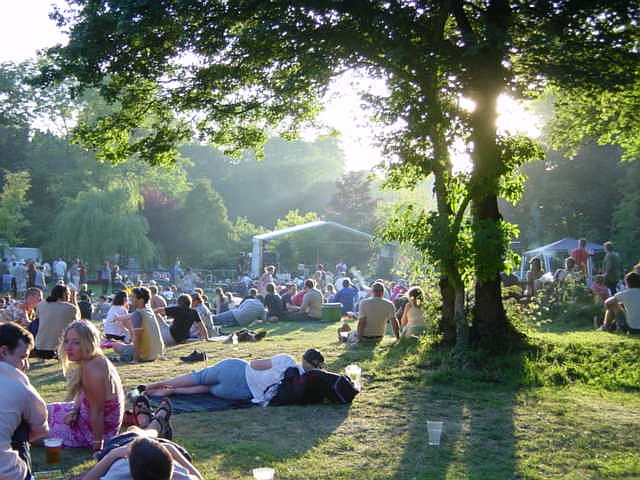 Moseley Park
Another hidden gem, but one that's a little harder to visit as it's actually a private park, for the enjoyment of Moseley residents, and accessible only via a key.

However, they do have occasional open days and host several events, including the famed Moseley Folk and Arts Festival, and Mostly Jazz Funk and Soul Festival.

Well kept, there's tennis courts, an old Ice House, and a central lake, complete with swans and geese, and creative locals can often be found strumming tunes during the warmer months.

Aston Park
Notable for being the home to Aston Hall Community Museum - a grand Grade I Listed Jacobean manor house - the park and hall are clearly visible from Aston Expressway, the main artery in and out of the city.

There's well-maintained grassland, cricket and football pitches and a Community Wildlife Action and Conservation Area, but the main draw is undoubtedly the Hall, which is reputedly haunted.

Sutton Park
Up in Royal Sutton Coldfield, six miles north of Birmingham's centre, is one of the largest urban parks in Europe.

A 2,400 acre National Nature Reserve, it's a mix of heath and wetlands, and there's also seven lakes.

Such an expanse is naturally great for fishing, jogging, walking, cycling, horse riding and sailing, while there's also an 18 hole golf course next door.


Please note that during Covid-19 restrictions the facilities at some parks may not be open or operating to full capacity - this includes toilets, play areas and cafes. As a result, we suggest you may wish to check their websites before visiting.

Help us improve  Click here if you liked this article  44

Doctor Who and The Comedians
41

View all articles by David Vincent
Your business or event? Feature this article
Your Comment
Articles from other cities
Sushi Burri (Adelaide)
Top Events

Everything to Everybody Your Shakespeare, Your Culture
41